I bought an X390 and received it on May 30. The following is my review of it after using it for a little over two weeks. No, I did not do my battery test method because I don’t have the time to do it.

TLDR: X390 is overkill for what I’m doing but I think it is a good laptop. 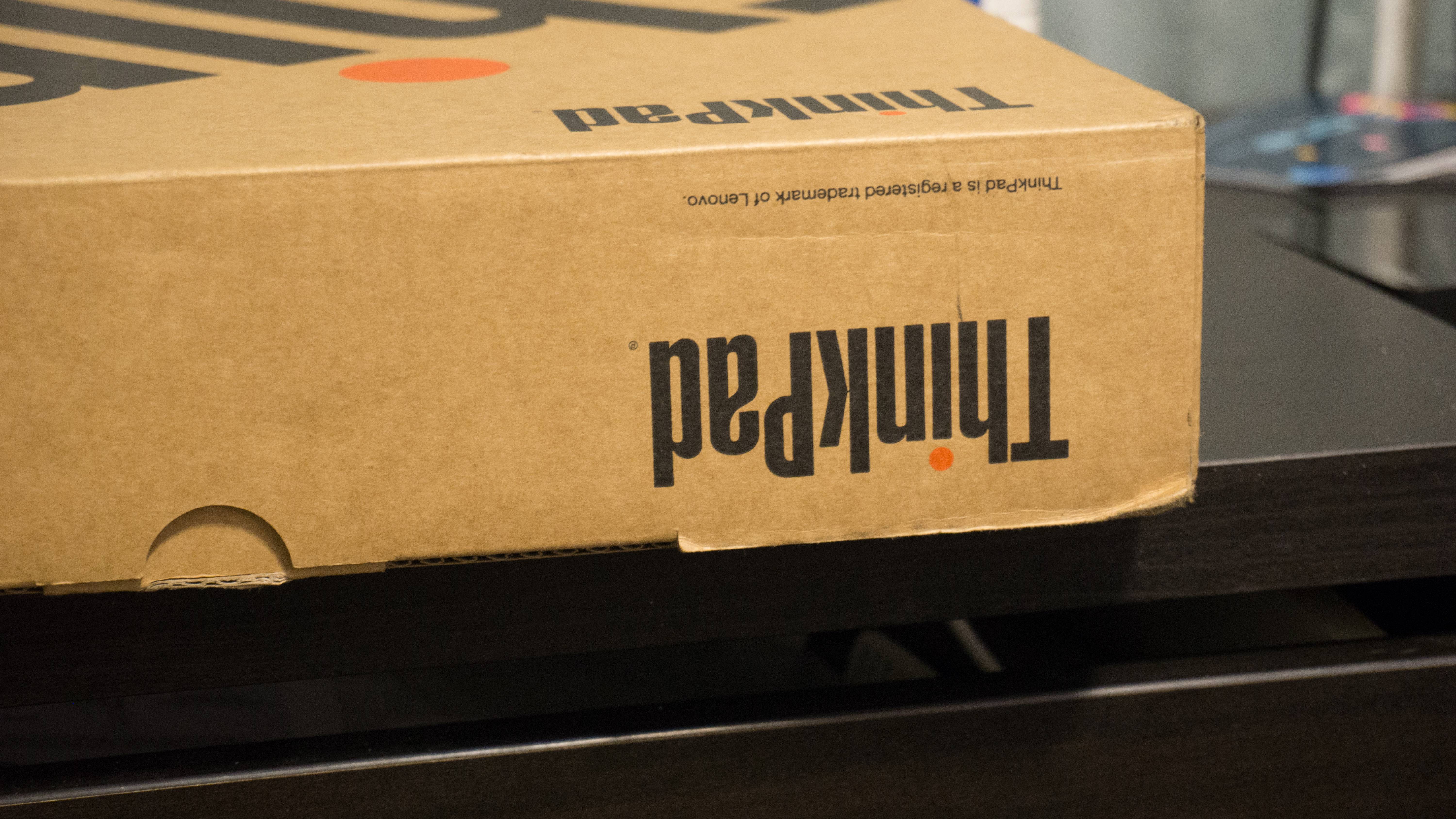 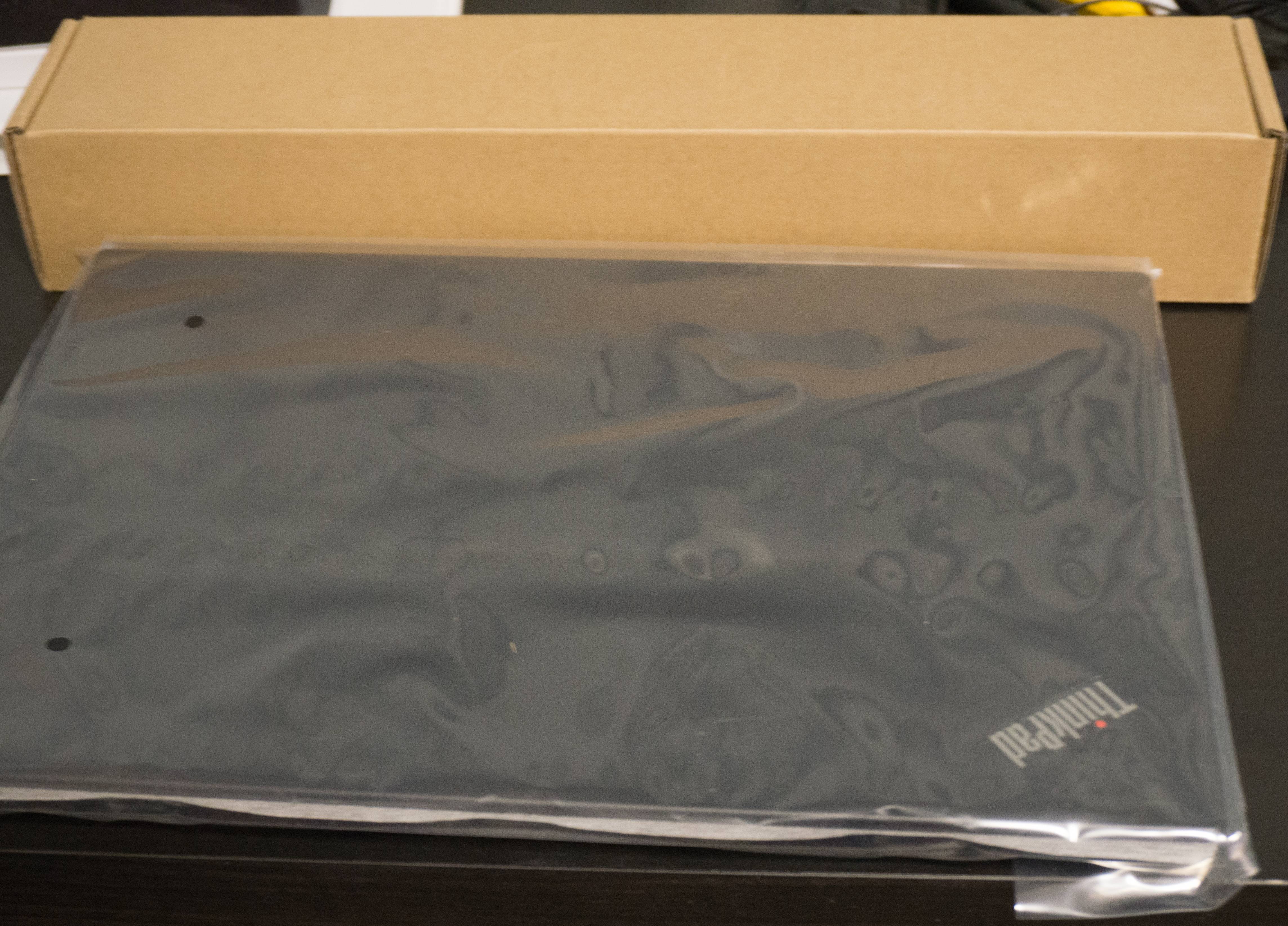 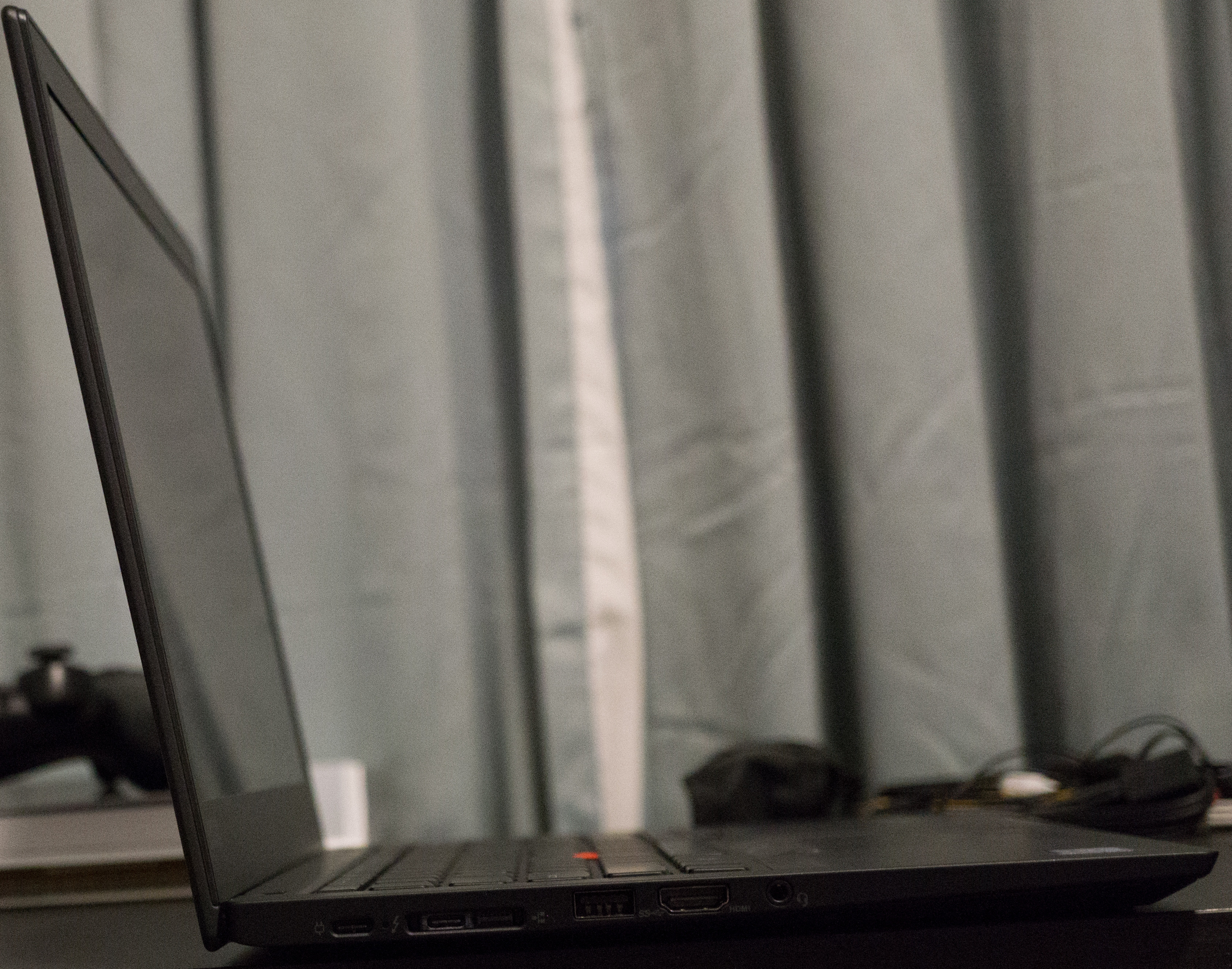 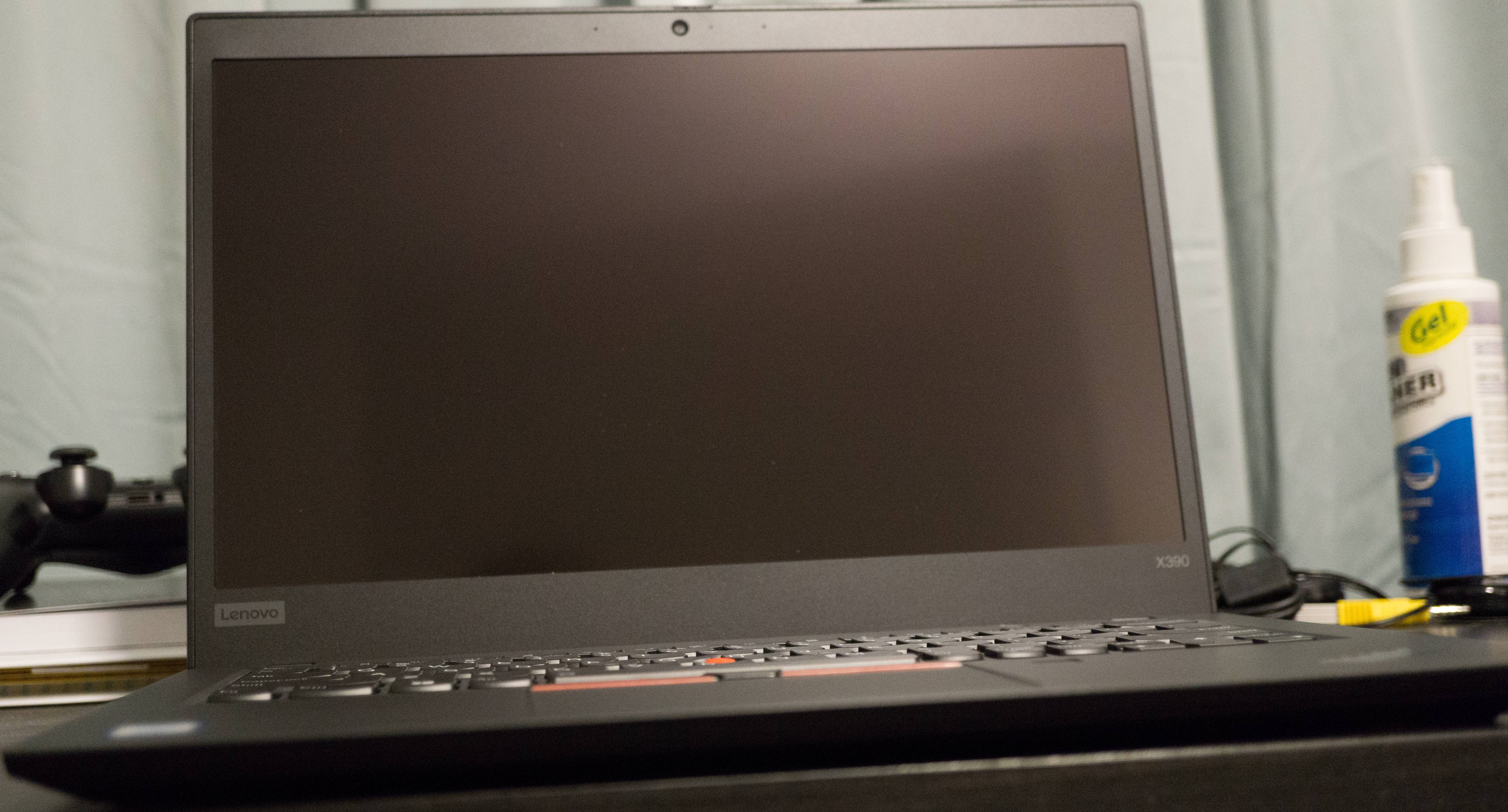 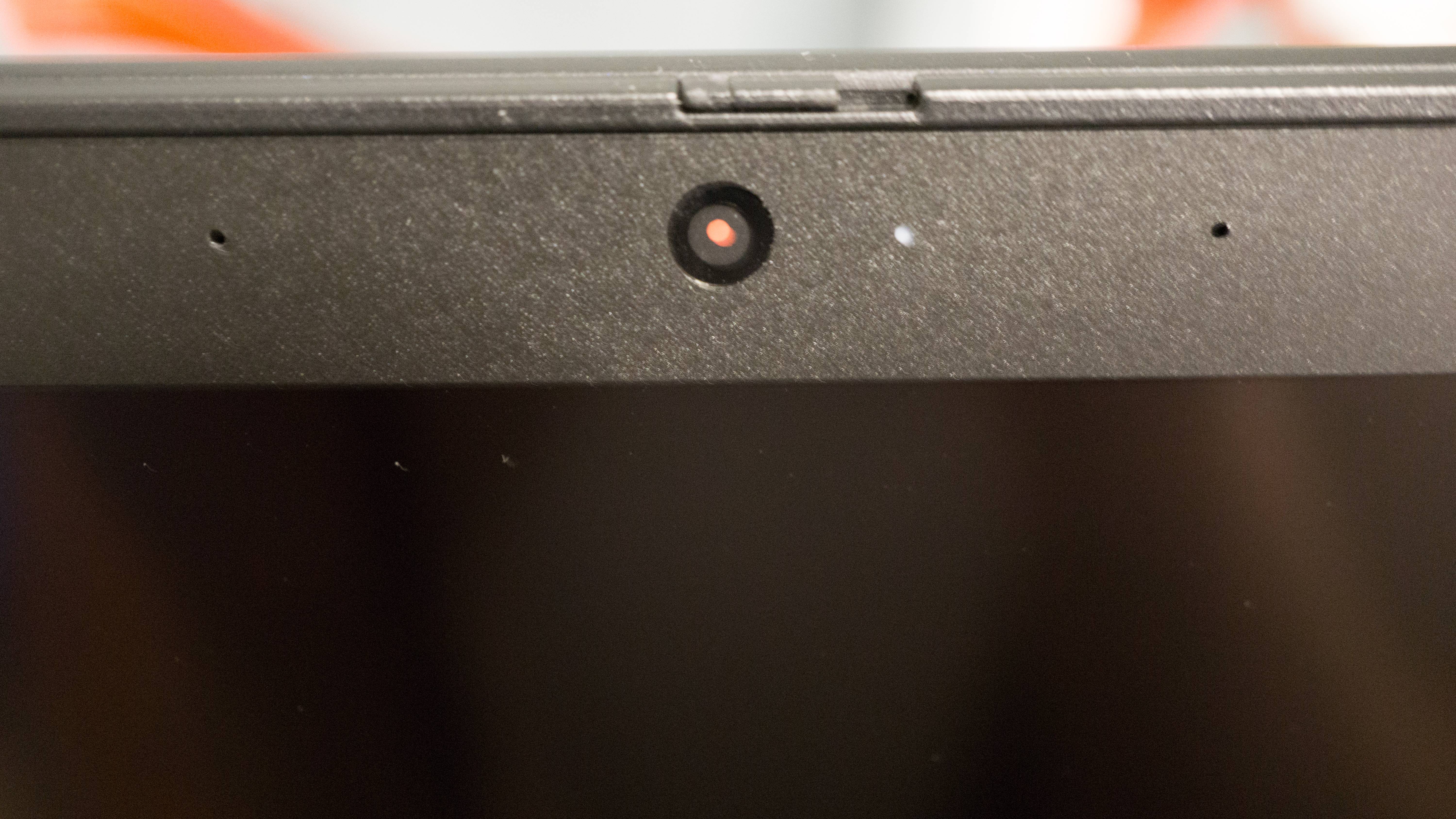 Placement of the left CTRL Key

The placement of the left CTRL Key goes against my decades of muscle memory and instinct of it being on the far left and bottom key. On the Thinkpad X390 you get the Function key instead next to the the CTRL: 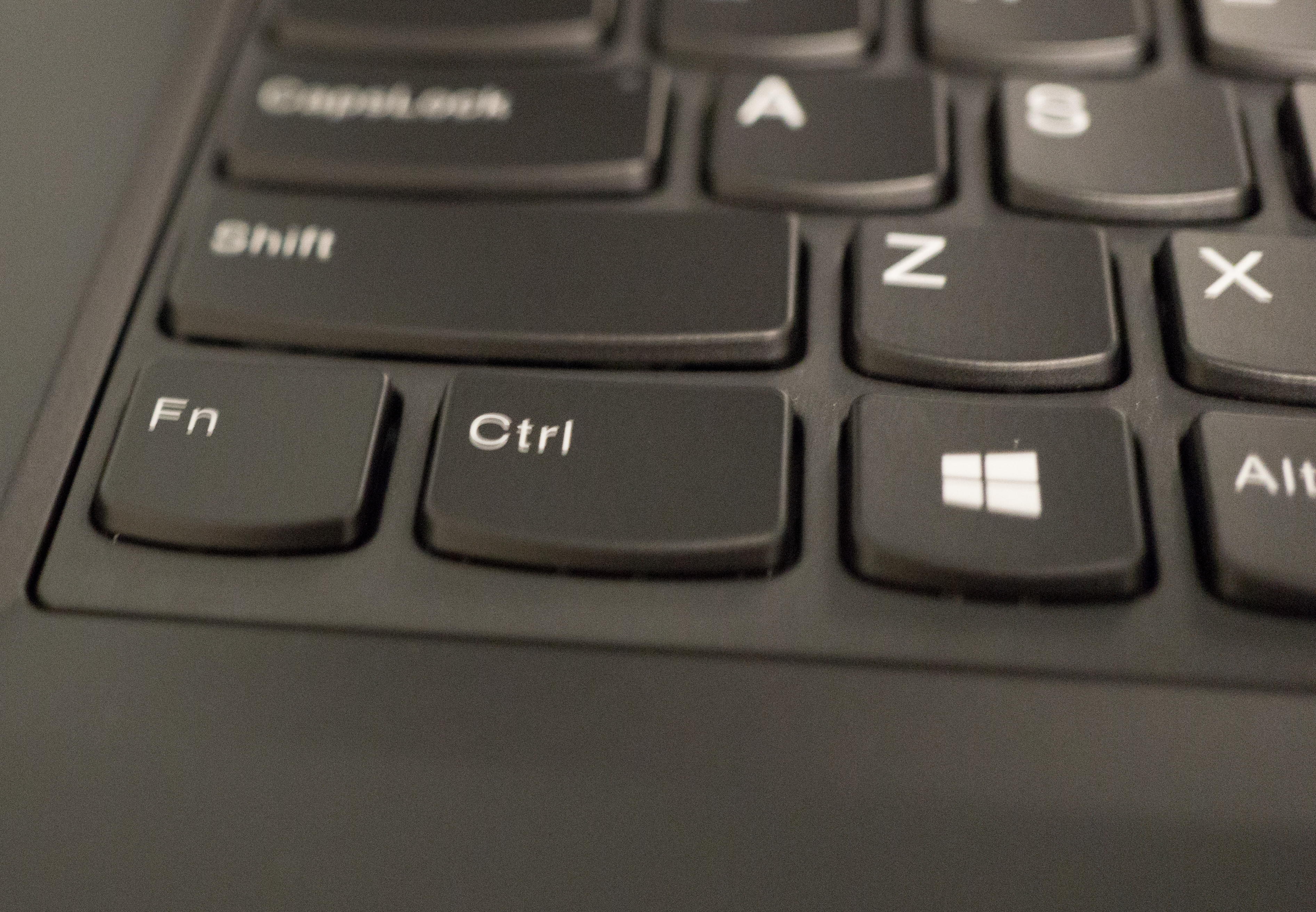 I get that this is a laptop and it needs a function key but the CTRL should be where the function is. There are a lot of keyboard shortcuts that involve the CTRL key and I’ve have to remind myself on this keyboard that the left CTRL key is not where it should be.

To illustrate my point look at this normal keyboard: 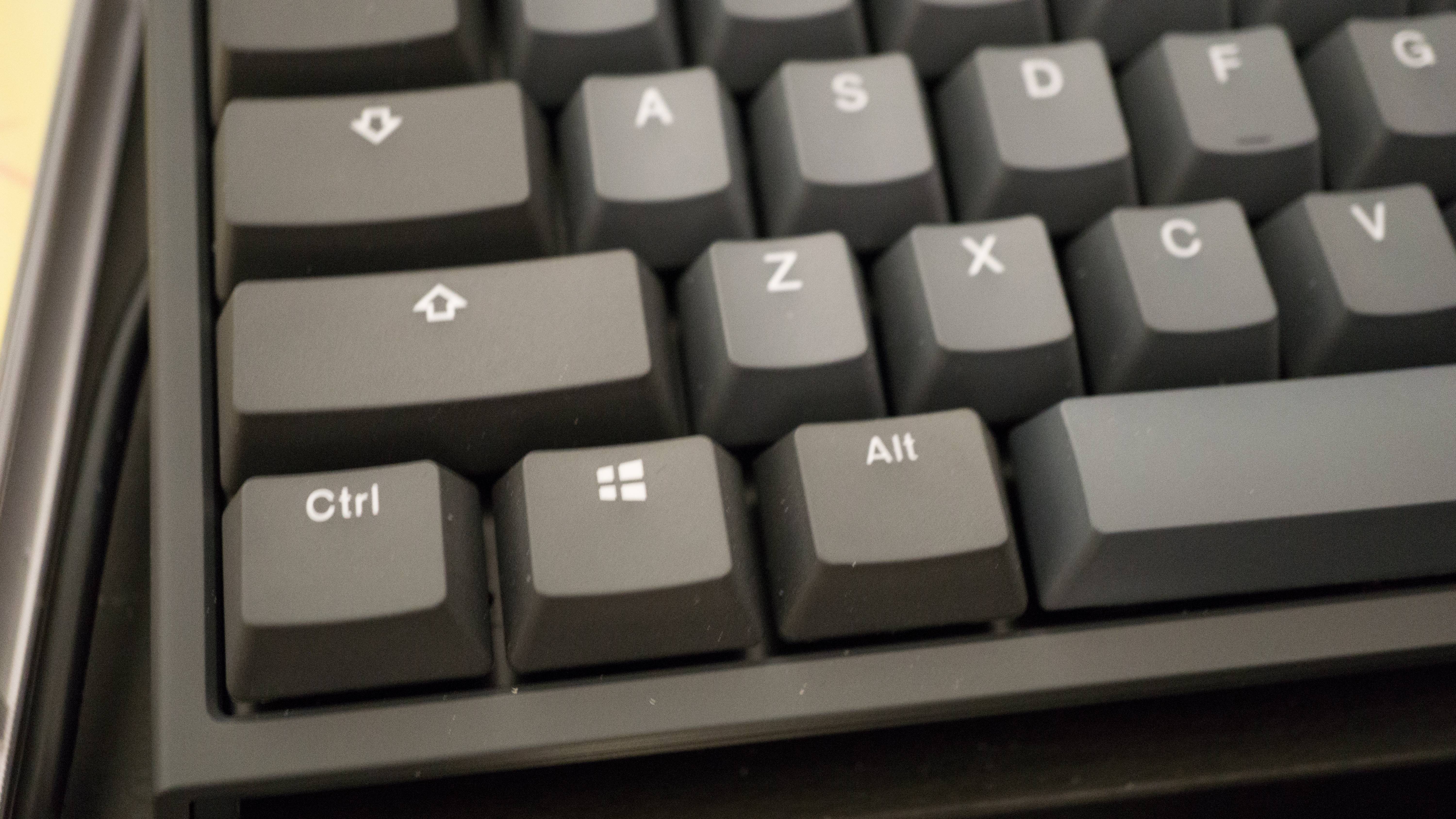 The good news is you can change that in the BIOS.

How do you do it:
F1 to enter BIOS on startup
Select Config
Select Keyboard and Mouse
Toggle the Fn and Ctrl Key Swap enable or disable (normal) 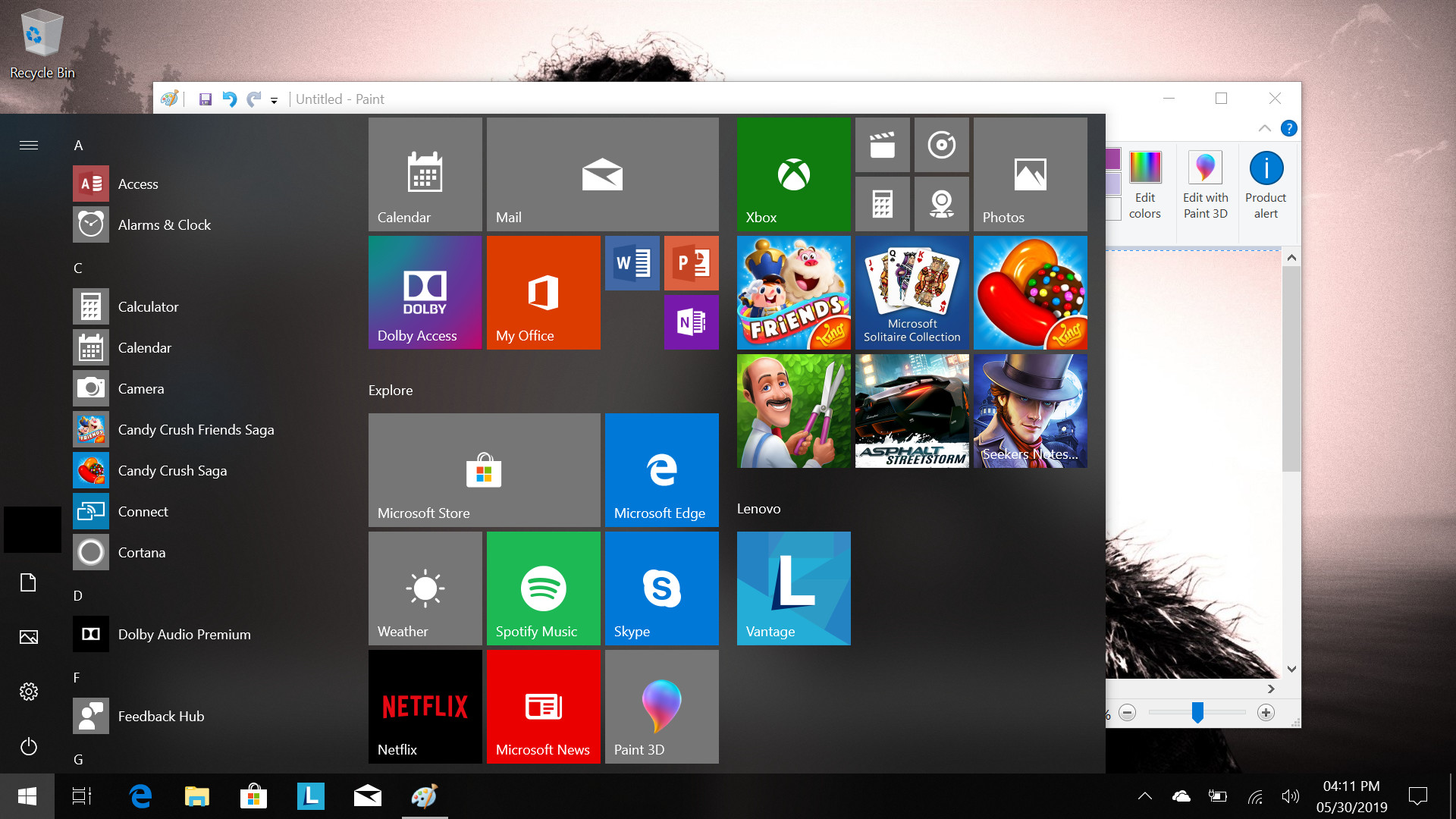 There is some deceptive stuff going on with what looks to be installed. Most of those are just links to the Microsoft store. Comes with a trial version of 365. I removed and uninstalled about 14 things. 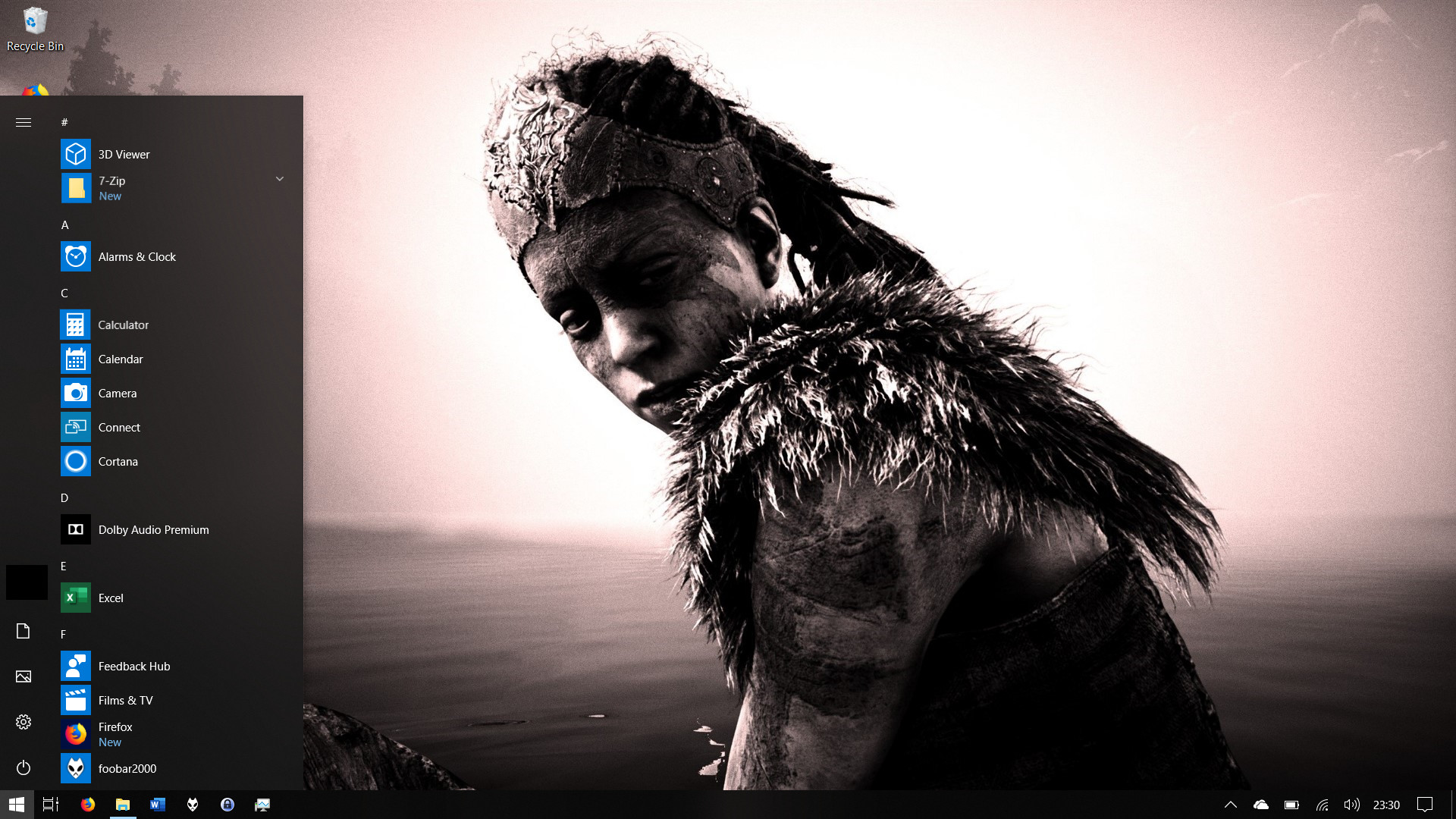 The menu is a lot more streamlined.

What I installed and configured 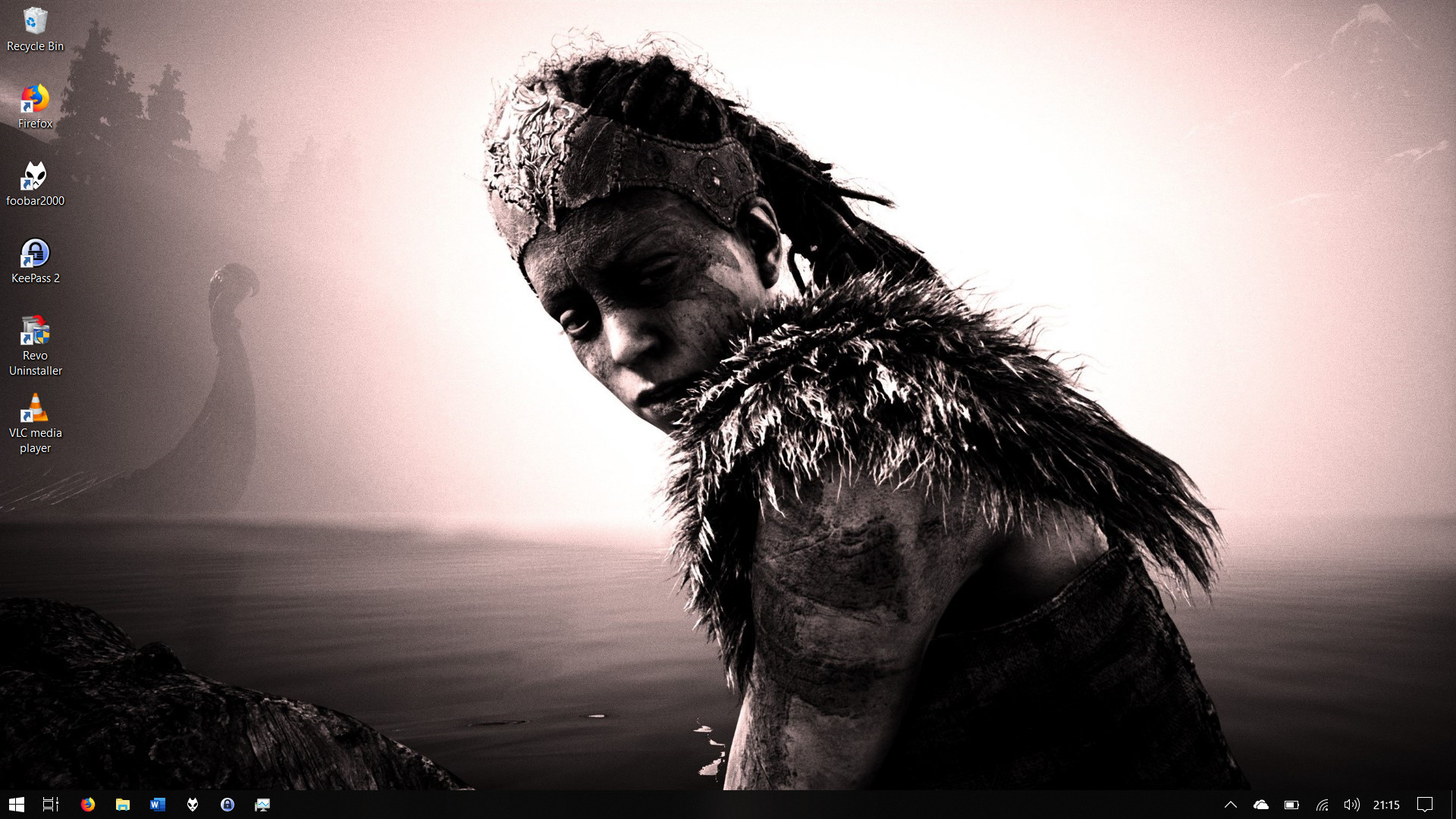 One thing I’m planning on doing is switching to office 365. I’ve had to buy Office twice which in comparison to just paying for 365 is not a deal. With 365 I can install it on up to 6 different machines. It’s going to be a bit before I do that though. 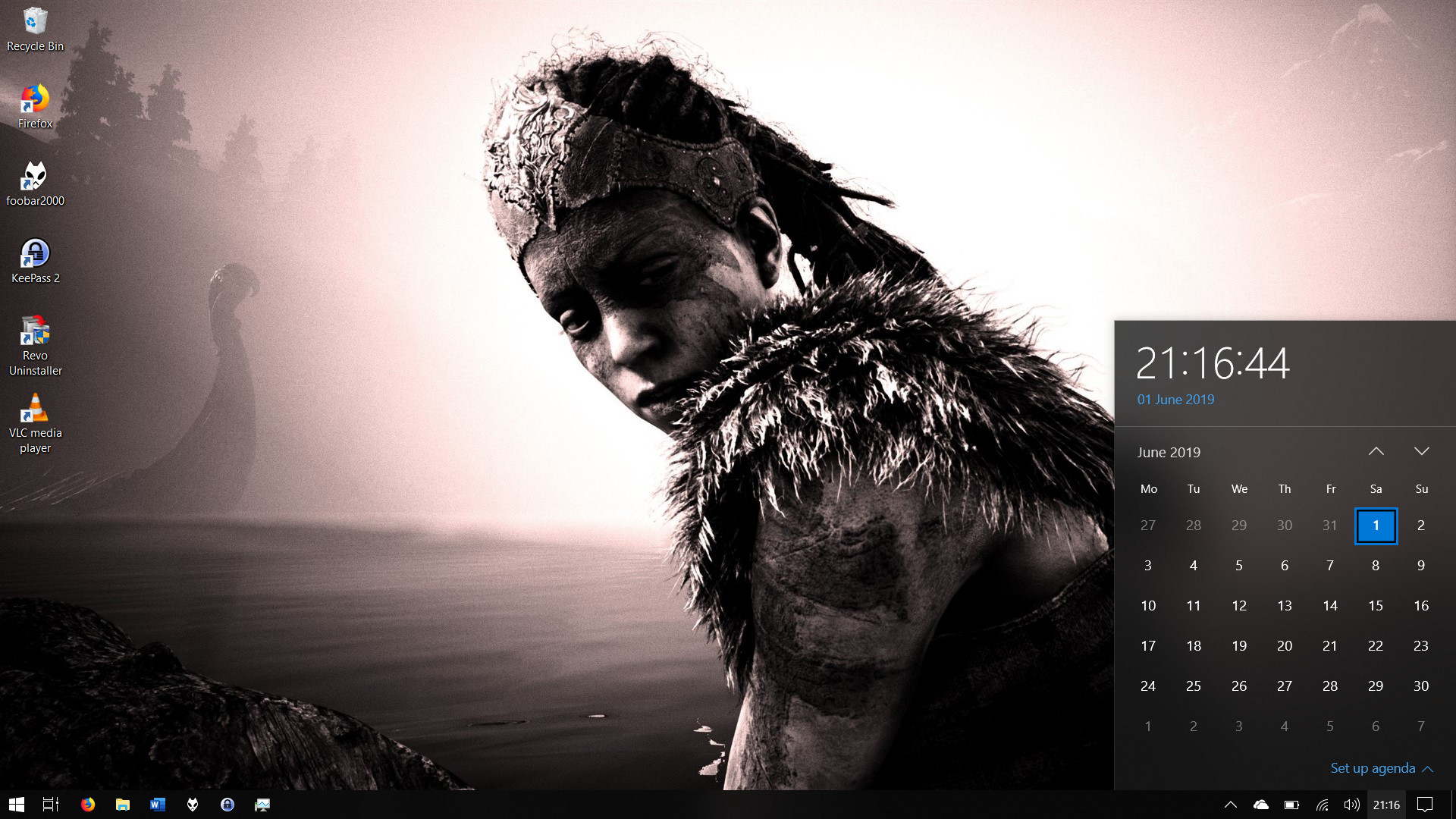 I’ve gotten use to using a 24 hour clocks and I’ve been doing it for decades. Getting it Changed in Windows isn’t as straight forward as it should be. 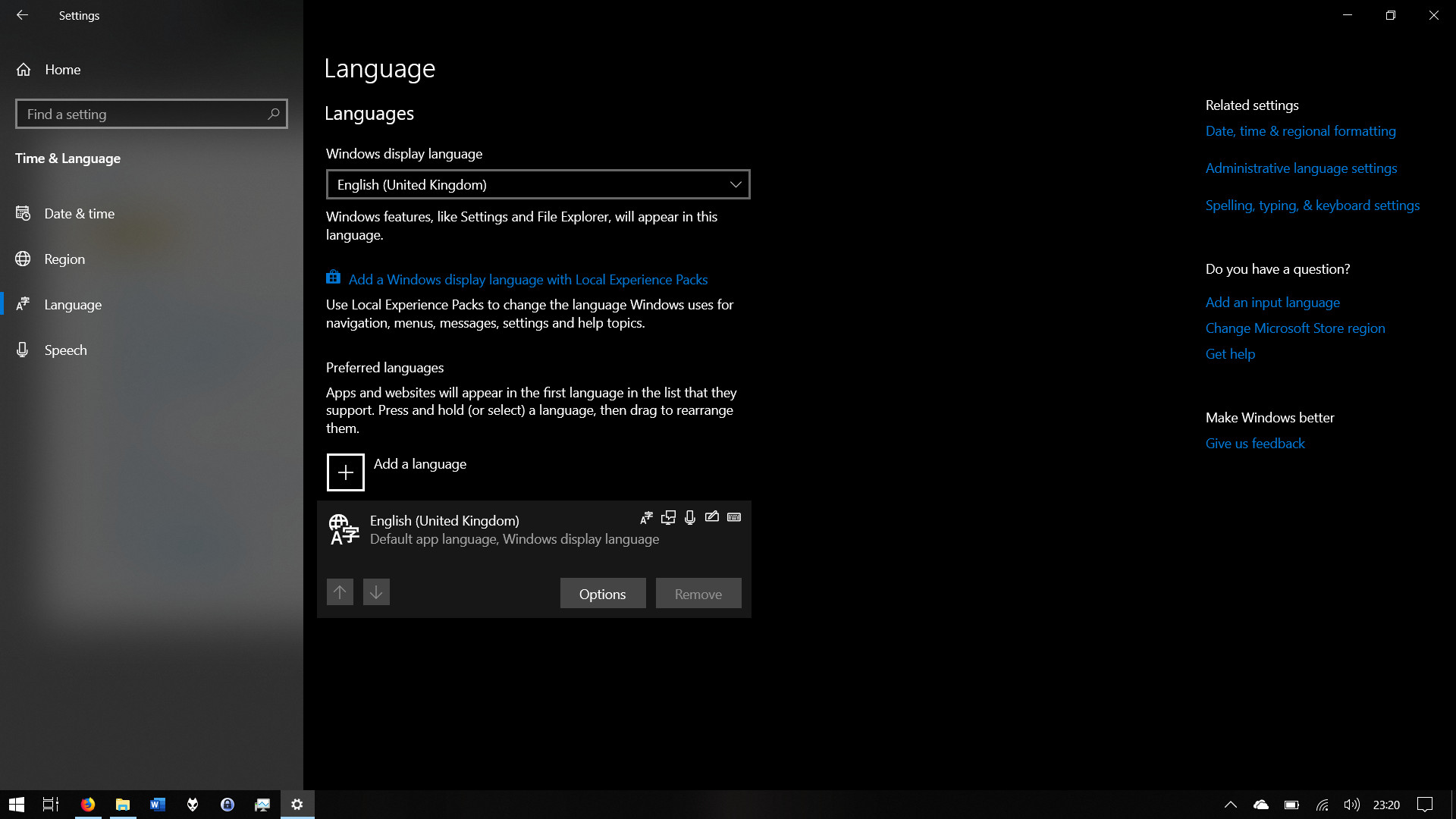 What I'm using it for 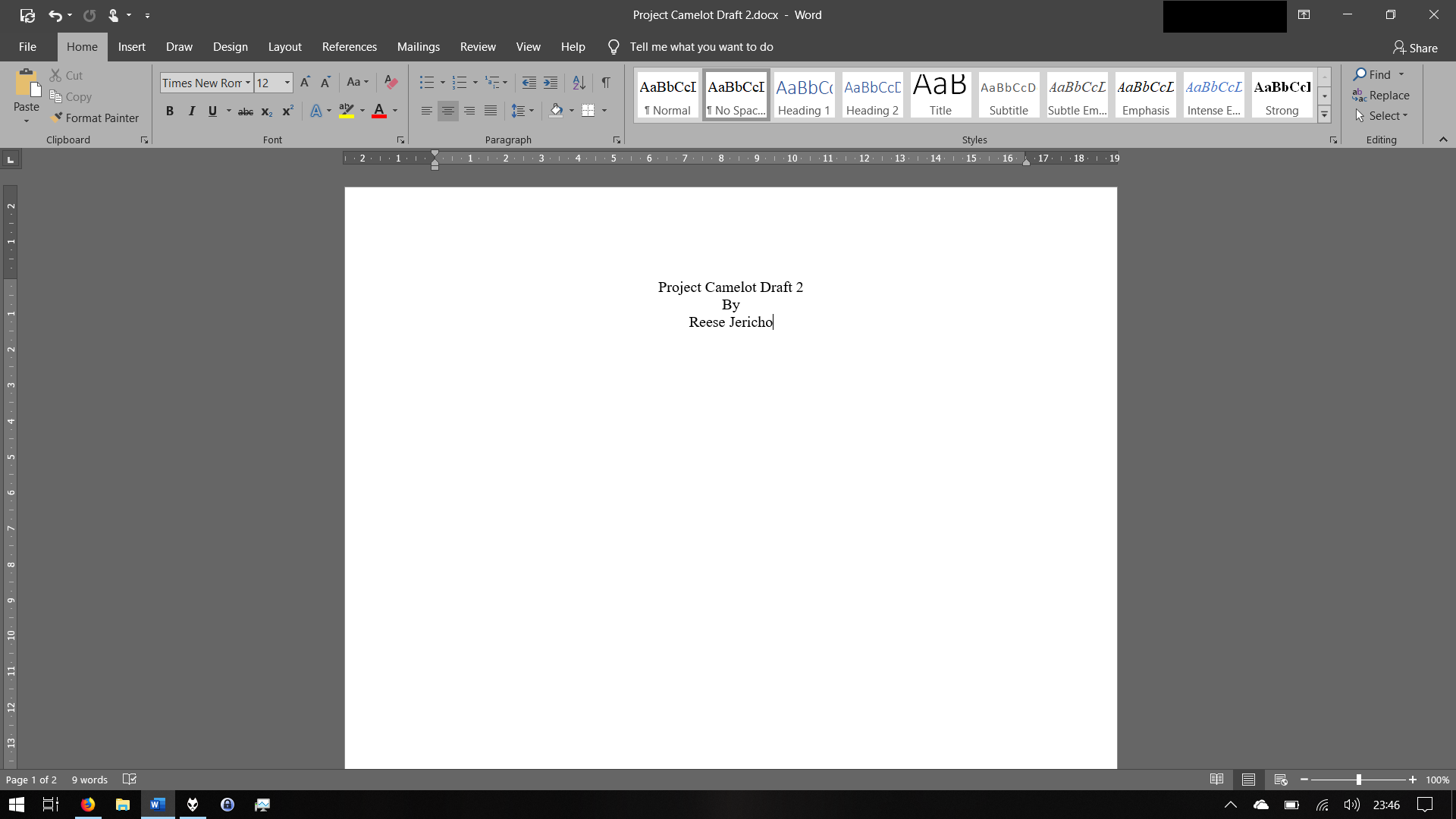 I’ve been using it as a pure writing machine both for the story I’m working on and updating the wiki for it. Though I did watch one film on it while I was at a repair shop for my car. 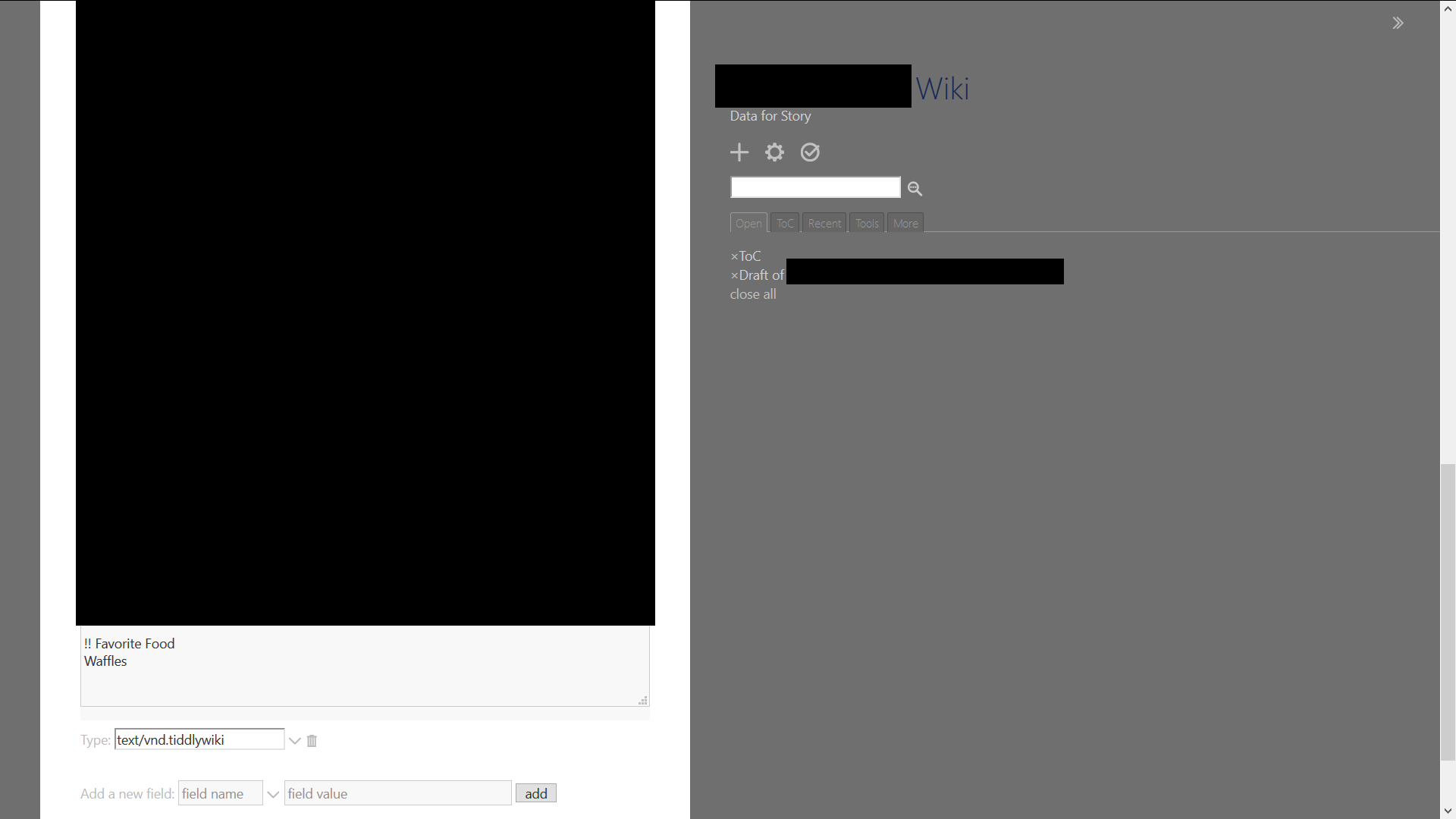 A majority of that is redacted because I don’t won’t to spoil things but I’m alright if you know a character’s favorite food is waffles. Right now I’m spending time working on the wiki/outline for the story. I’ll be rewriting the story soon.

The only other thing I do on the laptop is listen to my music while I write.

The Thinkpad keyboard has a solid feel to it. It is similar in feel to a mechanical keyboard. That said it took me time to adjust to the left CTRL key not being the last key at the bottom. As a writer, keyboard shortcuts are a timesaver. I’ve adapted to this layout but if a person is considering this laptop they need to be aware of this. It can be changed in the BIOS though. I do think it is the best keyboard I’ve ever used on a laptop.

The X390 has the Dolby Audio Built in. I use my Shure SE215 Headphones for listen to music while I work on Project Camelot. The thing that was suprised by was that I could hear things in music I hadn’t heard before.
Example: The Song Equation from Fringe Season 1 Soundtrack.
I could hear the wood crack as the piano was being played.

Now I have watched one film on the machine. The Truman Show. Yes I know not the most action packed film but the Sound was like I was in theater watching the film by myself. Its kinda neat.

The X390 is great for carrying around from the bed, to the couch, to waiting in a car repair shop for three hours.

I work on the wiki and outline for about an 1 to 2 hours a day while listening to music. I’ve only had to charge it twice. In my opinion, the battery performance is good enough for what I’m doing.

The Thinkpad X390 is overkill to have as a dedicated writing machine with the specs I have. It has been great to use for me. While I do think the left CTRL key is not where it should be, I think the laptop is solid. I know I’ll be using this laptop for years to come to write stories.

You may be wondering am I going to install Linux on this. Look I do bug testing for Debian in a dedicate VM. I love Debian but I'm not going install any Linux on this machine for at least five years and if I do, it'll be Debian.

The following are questions people might have about the X390:

Does the X390 have a magnesium body and internal frame still?

How easy is it to take apart to do maintenance like upgrading ram, storage, battery replacement)?

RAM is soldered in. Can’t upgrade.

The SDD is a M.2 PCIe solid-state drives. It is easily to get to and replace.

The battery is also easy to get to. It can be replaced if you need to.

Curious about my dedicate writing space, what's different in how I write now, and music I listen to while I write? Then click the triangle below:
8 Likes
admindev June 21, 2019, 1:02am #2

Wow man, great write up! I lol’d at the function key, that was trippy. Mine have always been to the right of the Control or Windows key. You seem to do the post Windows setup very similar to myself. I remove the tiles and clean up the start menu.

Nice laptop based on the specs alone it looks like a beast. How much does it weigh?

where is the concrete break test?

I’ve very impressed with how it has performed so far. I press the power button and there is no delay in boot time. There is no delayed response in anything I work with and listening to music on it is like I’m hearing the song for the first time with discovering things I didn’t know where in them. That’s been really interesting. Overall, pleased with how it has performed.

Nice laptop based on the specs alone it looks like a beast. How much does it weigh?

It’s very light and easy to carry around.

where is the concrete break test?

LOL. Never going to happen with me. You could google to see if someone has done one.

That’s a pretty detailed write-up! Thanks for posting it.

Every time I head the name Lenovo now, I think bundled spyware, back-doors and stuff like that. I don’t trust them like I don’t trust huwahee. Purely based on the stuff they have been doing with their own gear.

Has this been a concern for you? Any bundled stuff that is weird? Have you ran malware anti-bytes or whatever it’s called? Or is it just me being paranoid about stuff that happened years ago.

Every time I head the name Lenovo now, I think bundled spyware, back-doors and stuff like that. I don’t trust them like I don’t trust huwahee. Purely based on the stuff they have been doing with their own gear.

Has this been a concern for you? Any bundled stuff that is weird? Have you ran malware anti-bytes or whatever it’s called? Or is it just me being paranoid about stuff that happened years ago.

I can understand that concern. I remember when Superfish happened. Now alot of people don’t know what happened after this came to light or forget.

The Federal Trade Commission investigated. Fined Lenevo 3.5 million. Lenevo agreed it would not install any bloatware without permission of the user for at least 20 years.

There isn’t any bloatware or malware on this machine. Trust me I dug into it and I know what to look for.

There was a Leveno Support Software that came installed but you can easily uninstall it. There are drivers for the keyboard and trackpad but those are needed to use them. Nothing sketchy with them.

Now there are links in the start menu when you first get the machine. This are links to download the item from the Microsoft store. They don’t come preinstalled. It is easy enough to remove those links and they never come back.

There isn’t a reason to worry about buying and using a Lenevo now.

listening to music on it is like I’m hearing the song for the first time with discovering things I didn’t know where in them.

Wow, that’s impressive. Never read a reaction like that about a laptop. Good stuff!

Wow, that’s impressive. Never read a reaction like that about a laptop. Good stuff!

The key part to this is I’m listening with Noise Isolation Headphones. I’m comparing the experience to my dedicate mp3 player and my dedicate rig. I’ve listened to music for a pretty long time. I have the music memorized. I had no idea when I listened to music on this laptop it’d be alike hearing the song in a enhanced way. That’s the best why I can describe it. I can hear the atmosphere of the room the song was played in. Its not earth-shattering but it’s neat.

I have no idea how the laptop sounds without headphones.

What about root certs, such as the good old Honk Kong post office or whatever it was. Dell got into trouble for stupidly leaking the private certificates for it’s support tools.
I think windows is better at detecting and removing certain certificates, but probably happens on a case by case basis over windows update.

The FTC requires that Lenovo be audited by an independent 3rd party to make sure no superfish or sketchy root certs happen again.

This laptop is safe to buy and use in my opinion.

Good enough for me. Might be time to consider them an option again.

One laptop I did consider was the XPS 13. The important things to remember for your future purchase are:
know what you need/want,
set a budget,
compare what is available,
read trusted reviews.
Get what works for you.

I know it sounds like a sketch site but the laptop reviews on there are in-depth and they cover a lot of ground other review sites don’t.